How to install GrandPerspective with Brew

Back in my day (circa early 2000’s), we used this awesome tool called Disk Inventory X to peek into our limited hard drives to find old legally sourced .avi’s that were chewing up valuable disk space.

It would allow you to visualize your disk usage at a glance. Seriously valuable stuff when 80 gigabyte hard drives were price-y. 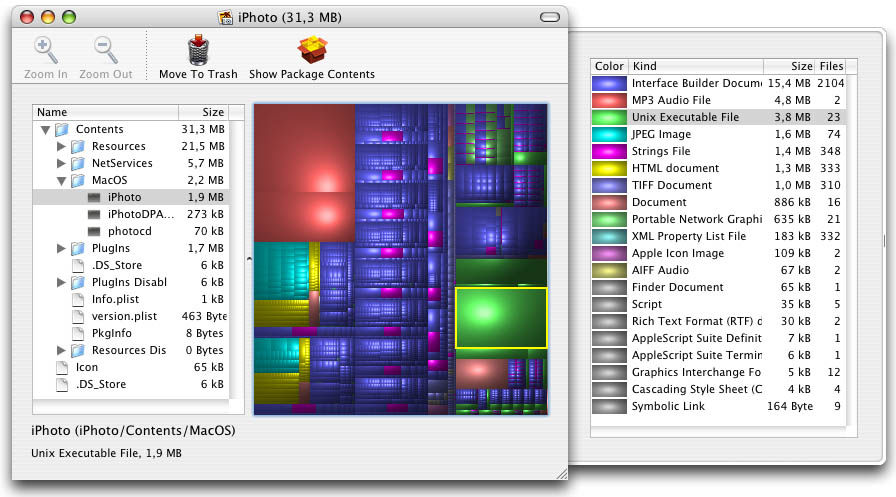 However, times have changed. Recently I tried to kick the tires on my computer with Disk Inventory X to see where I could save a few gigs of space.

After about 10 minutes of chugging along - poor Disk Inventory X couldn’t handle the load and crashed like that one famous zepplin. Sad!

Apparently, while I was busy being gluttonous with my storage and a newer competitior emerged on the market and it’s eloquently named GrandPerspective. Don’t be fooled by it’s rather outdated website with Times New Roman font. This is the most active open source disk usaged analyzer on the market.

However, I’m always wary of things still hosted on SourceForge.

Brew is the “missing package manager” for Mac. Meaning it’s like the Apple Store where updates are automatic - but Brew is 93% less annoying. Unless you’re trying to switch PHP versions; but I digress.

Anyway, here’s the command you came for:

This will install GrandPerspective as an App in your Applications folder. Just like any other App.

Alternatively you could buy GrandPerspective on the App Store and get the same exact benefits of rolling updates - but that’ll run you $2.

Great, so I saved you $2. Feel free to Western Union or Dogecoin me a buck for the service.